There are a lot of things to be thankful for this year. I've been fortunate enough to have a wonderful new husband, a beautiful farm, and lots of ponies to fill my time. I could go on and on about how great those are, and how happy they make me. However, I'd like to mention something a bit more unorthodox that I'm very grateful for; learning opportunities. 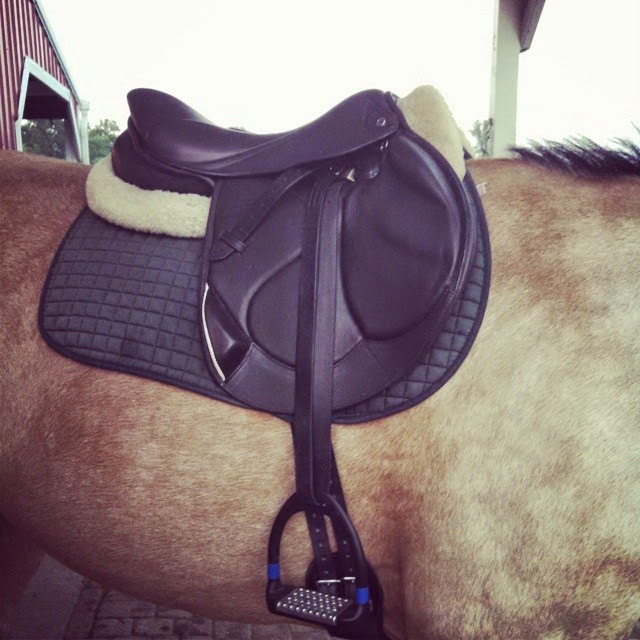 First, I'll mention the opportunity that has come to me in the form of Stübben North America. I started with being impressed with the innovations they showcased at their booth at Rolex, to purchasing a saddle, and ended up getting involved with their saddle fitter program and taking their educational seminar. Not only did this open up a wonderful dream job opportunity for me, but it also allowed me to continue the education and passion for alternative employment in the horse industry that was ignited by earning my college degree in Equine Entrepreneurship. I'm truly excited at the bright future I can see ahead of me for the upcoming years and am thrilled to be a part of Stübben's incredible team. 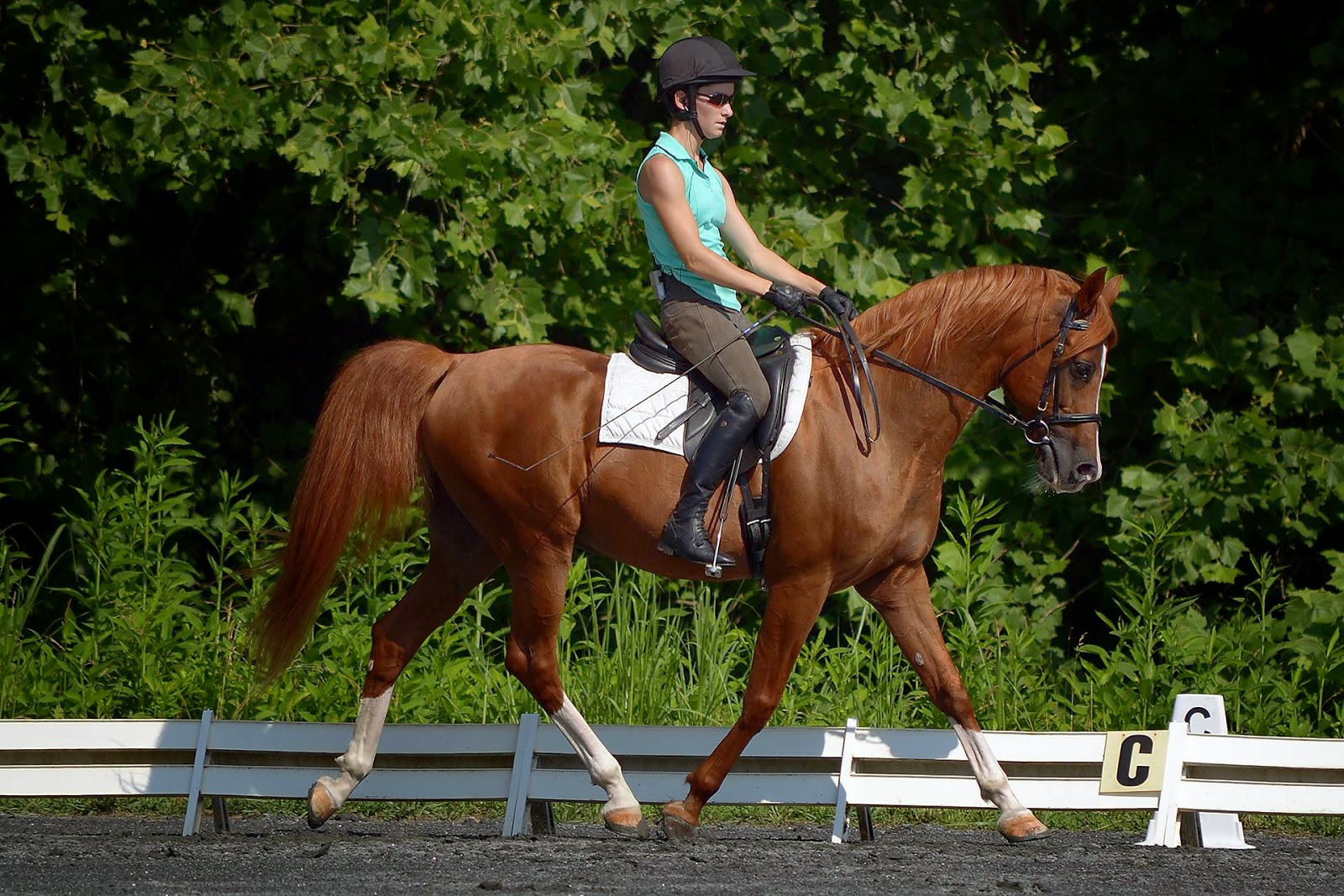 Secondly, I've had a wonderful opportunity working at Suncatcher Arabian's, a private breeding farm run by some of the nicest people I've ever met. They've been courteous enough to give me the ride on their prize stallion, Gunslinger, a beautiful Polish Arabian trained through 4th level dressage. He's one of the kindest, gentlest stallions I've ever had the privilege to work with and it doesn't hurt that he's also an amazing athlete. After his training, he had some poor farrier work leading to hoof lameness and ending his champion show career at the time, but after a 6 year respite, he feels ready to come back stronger than ever. It's definitely a unique opportunity to come to me, being an eventer that's only shown through 1st level, but I'm grateful for chance to learn more about dressage and polish my skills for the show ring.

I was raised to never be satisfied with my current level of knowledge. There's always more to learn, more to experience, and more to master in this world and I hope to never feel like I know everything. Whether it's earning a masters, learning from experts in their field, or just listening to someone with a a different set of life experiences than your own, always stay hungry.
Posted by magicalpoppies at 2:47 PM No comments: 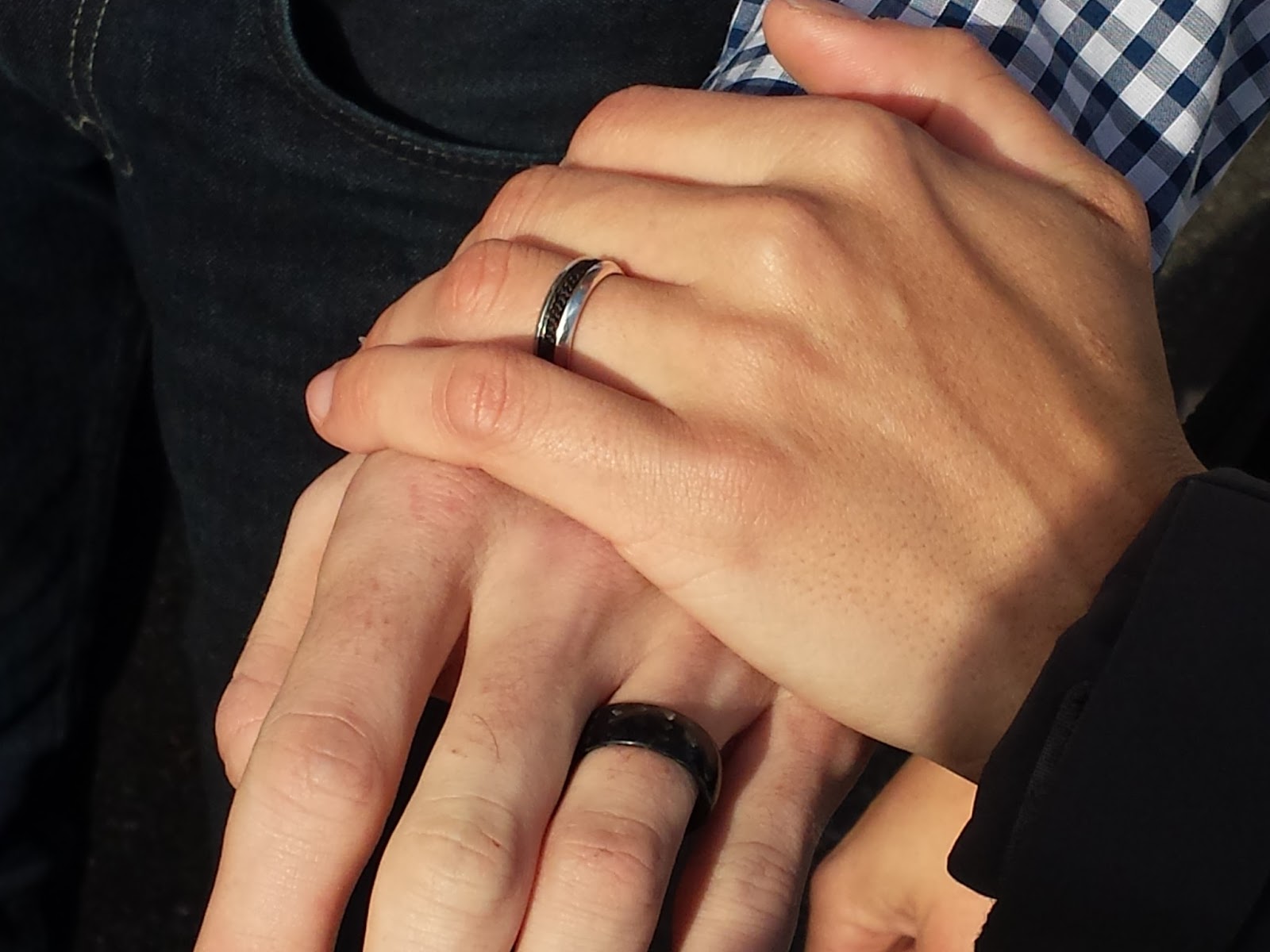 For those of you that were unaware, I am a gamer. My game of choice is World of Warcraft, after my ex-boyfriend got me into it shortly before college. I grew to love the game play, but more importantly, loved the social aspect of the game. You meet a wide variety of people online and I enjoyed the social interactions with players from all walks of life. For those that aren't familiar with gaming, in "WoW" players can choose to be part of a "guild" where a group of gamers form individual communities and make up their own rules and codes of conduct. I was in a guild when I first started playing, but once I got the hang of the game, I decided I wanted to create my own guild an try my hand at a leadership role. Thus, I created "Firefly."

Once we created the guild, it was time to recruit players to join our ranks. At first, the group changed and morphed constantly, until a couple regular members emerged. As people settled in our group, some had other friends they knew from  "in-game" or real life that they would encourage to join. Nathan had a friend named Bennett that joined Firefly and told him it would be a fun group of people for him to be a part of.

Nathan started trying to track me down to ask about joining and luckily he was very persistent because it took him several days to get my attention. It seemed that every time he sent me a message, I logged off and missed him. Finally, he got a hold of me and I interviewed him briefly before inviting him to join us. He impressed me within the first day with his polite manner, thoughtful behavior, honest character, and sharp wit. Within two weeks of meeting him, I promoted him to officer status and trusted him to help me manage and grow the guild.

We became good friends over the next several years enjoying playing WoW together, but also sharing stories about our personal lives. Oddly enough, we found we had much in common: Nathan and I were both home schooled through high school, we both had extremely supportive and involved parents that we got along with splendidly, and both could kill hours of our lives looking up cute pictures of animals on the internet. We talked each other through difficult times, celebrated the highs together, and kicked ass while taking names in WoW.

Now while all this time went by, Nathan and I were perfectly platonic as friends. He was very respectful of the relationship I had with my boyfriend at the time, and I was nearly 100% certain that neither of us even contemplated attraction to one another.

Fast forward to my 21st birthday. I invited my then-boyfriend, Nathan, and another friend, Matt, onto a group Skype call to celebrate my birthday virtually; with food, hard lemonade, and World of Warcraft. My boyfriend then finally placed the straw that broke my camel's back. I excused the two of us to a private conversation and broke of our nearly four year relationship immediately.

The next couple weeks and months were difficult for me, but the awesome friends I had made online helped get me through. Nathan really stood out as my lighthouse through the storm; always there to let me vent my frustration with solidly well-meaning words of advice. Eight months or so went by and while I was over my ex, a part of me was worried that I had blown my one chance of being in a relationship with anyone. After all, it's hard to get a date when you spend nearly every waking moment in a barn, smelling like horse manure, or on your computer alone in your room.

As luck would have it, Nathan's job brought him relatively close to where I was living in North Carolina and instead of driving eight hours home, he elected to drive eight hours to come meet me in person after all the years we had been friends. Now maybe three weeks prior to this, we had started noticing a slight change in our friendship. We had opened the door for some cheerful flirting, though I never really expected to fall for him so quickly.

He came to the farm where I was working in Tryon, and the first thing I noticed was how incredibly tall and thin he was, but let's be fair, that's hard not to notice. What really impressed me, though, was his kind and gentlemanly manner. He was the most polite and sweet guy I had ever met and within 24 hours, I was head-over-heels, madly in love.

What has followed has been a nearly nauseating stream of love and support. Nathan has been my rock when things have been tough, he's been there to celebrate my triumphs, and has made every moment we've spent together truly special. Without any horse experience, he has jumped in feet first when I've had competitions; keeping me calm, hydrated and providing me with stellar professional photographs of Tristan's awesomeness.  Watching him care for our dog, Lego, is probably the most heart-meltingly sweet thing I see every day. A huge plus is I know that any time we're together the number of doors I have to open for myself is is significantly decreased, as he always jumps ahead to be the well-mannered gentleman he was raised to be.

When I was a teenager, I though love was when you felt like you couldn't breathe unless the one you loved was by your side. I though you depended on one another so fully, you'd die if they ever left. What Nathan has taught me is something I learned as a child reading Shel Silverstein's "The Missing Piece," which is a story of a circle, missing a pie shaped piece out of it's side. The circle travels far and wide to to fill the hole in it's life. It tries all different shapes that don't fit until it finally finds the perfect pie shaped piece to fill the hole. Perfect end, right? Wrong. The piece ends up falling out. What the circle realizes is that it's been whole all this time.

Nathan allows me to be a whole person, and I allow him to be the same. He enriches and enhances my life, without us being 100% dependent on one another. Most simply, instead of two becoming one, we are much stronger as two partners joining together. 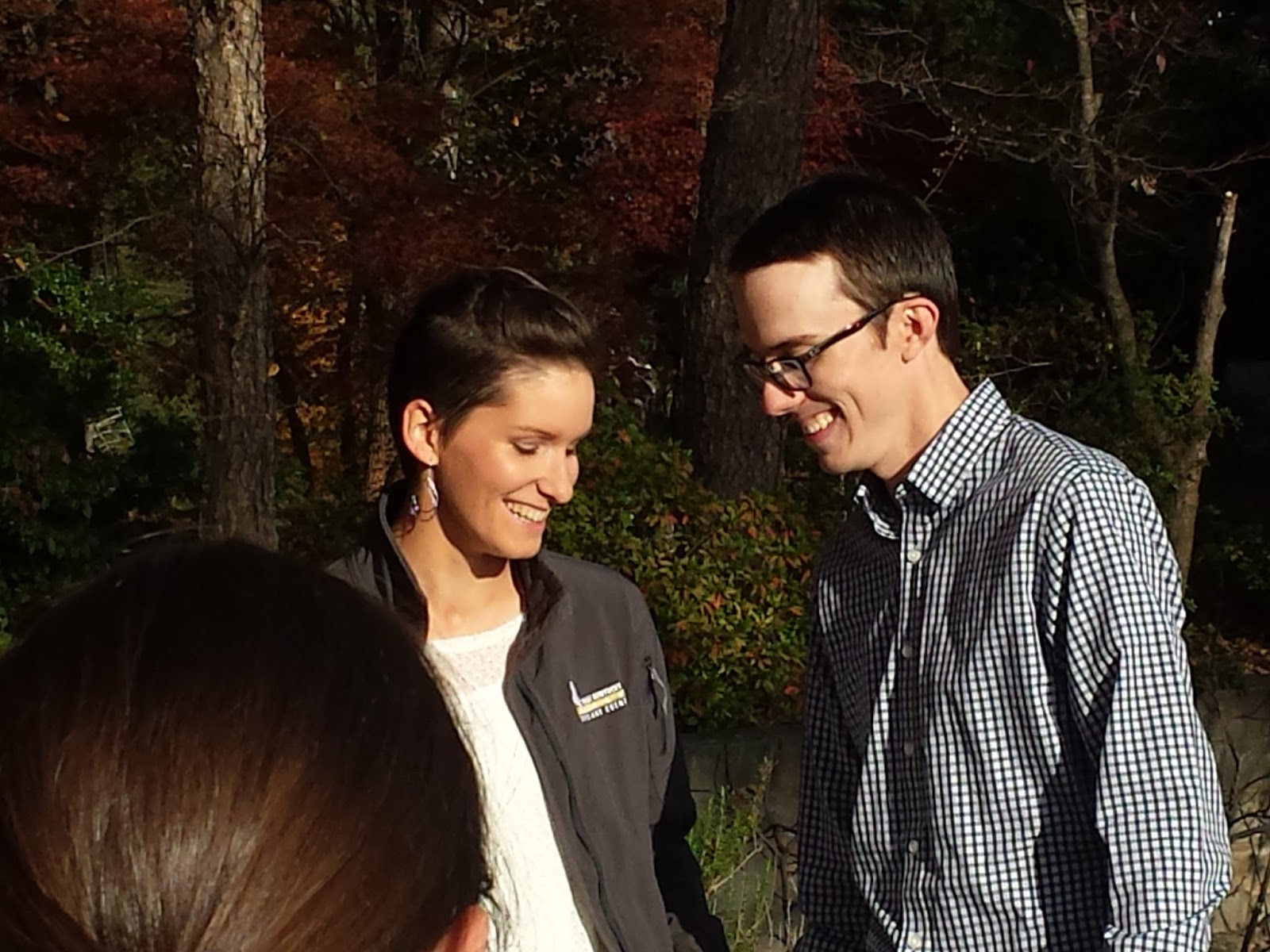